Central to the Israeli identity is the experience and memory of the Holocaust and the emergent concept of Israel strong enough to protect itself. The memory of the Shoah is however also a commonly felt burden, and the conflicting feelings of the memory have significantly impacted later generations. The theme of the talk is the struggle to imagine and depict the unimaginable horrors of the Holocaust, and its consequences on surviving generations. I will examine how art may help formulating an adequate reaction and if our questions and memories could be transformed into diverse and individual artistic solutions.
The visual treatment of the Holocaust in Israel developed over time: like any severe psychological trauma and dealing with death, there are distinct phases of emotional and cognitive processing: phases of repression and denial, aggression, recollection as well as remembrance, and reconciliation. The subject of my talk is how art, over time, dealt with the genocide of the Jewish people. The State of Israel is in many ways the sublimation of Jewish experience and history. It is a victory, and yet also a constant process of questioning and redefinition. This process is reflected in the social and political fabric of Israeli society. Literary and visual arts have always been at the center of this societal development, reflections and drivers of defining an Israeli identity in the shadow of the Shoah.
I will analyze the imagery relating to the Holocaust in Israeli visual culture by focusing on four distinct perspectives that overlap and are not mutually exclusive: memorialization, contextualization, breaking taboos and creating contemporary reference. Each of these categories has a distinct role in framing the artistic reflection of the Holocaust.
Dr. Anat Gilboa is an Israeli art historian. She is currently the Kurt-David-Brühl Visiting Professor at the Center for Jewish Studies. Last year she returned to her home country of Israel from the United States, where she taught at several university, and during the last years – at UCLA. Recently Dr. Gilboa was invited to serves as the Academic Director of the German-Speaking Summer Course at Ben Gurion University in the Negev.
Dr. Gilboa’s research and teaching reflect a focus on a cross-disciplinary analysis of visual culture, history, politics, religion, gender and literature. She has published an exhibition catalogue entitled My Heart is in the East, and I am in the Farthest West (University of Nebraska, 2014), a monograph entitled Images of the Feminine in Rembrandt’s Work (Eburon Academic Publishers, distributed by the University of Chicago Press, 2003). 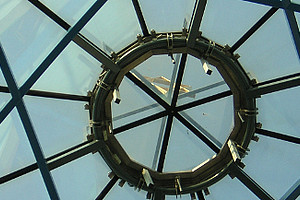 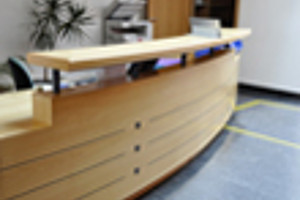 THE POSTWAR ANTISEMITE: Culture and Complicity after the Holocaust